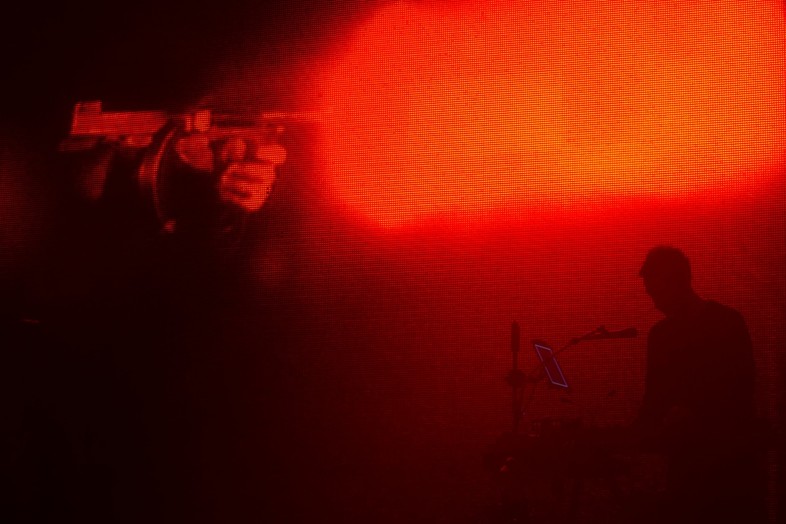 Manchester International Festival (MiF) kicked off its fourth biennial run last Thursday, staking its claim as ‘the world’s first festival of original, new work and special events’ and reasserting the city’s status as the creative capital of the North. On the opening night, sell-out theatre productions Macbeth and The Old Woman went head-to-head with the untitled and altogether less definable creative sparrings of Massive Attack v Adam Curtis.

Cryptically billed as ‘a collective hallucination’ by Massive Attack’s Robert Del Naja and as ‘a musical entertainment about the power of illusion and the illusion of power’ by filmmaker Curtis, the audience had no real idea of what to expect. Officially advised to wear sensible shoes and provided with chunky ear-plugs on arrival, showgoers may have been further bemused by a Twitter rumour claiming that stewards had been briefed on dealing with angry and irate customers.

Filled with anticipation, revellers were ushered in from the bright, balmy evening to a dark, expansive space behind Piccadilly train station, eager to find out how Del Naja, Curtis and their eclectic crew would mess with our minds. Here are ten thoughts on how it went down.